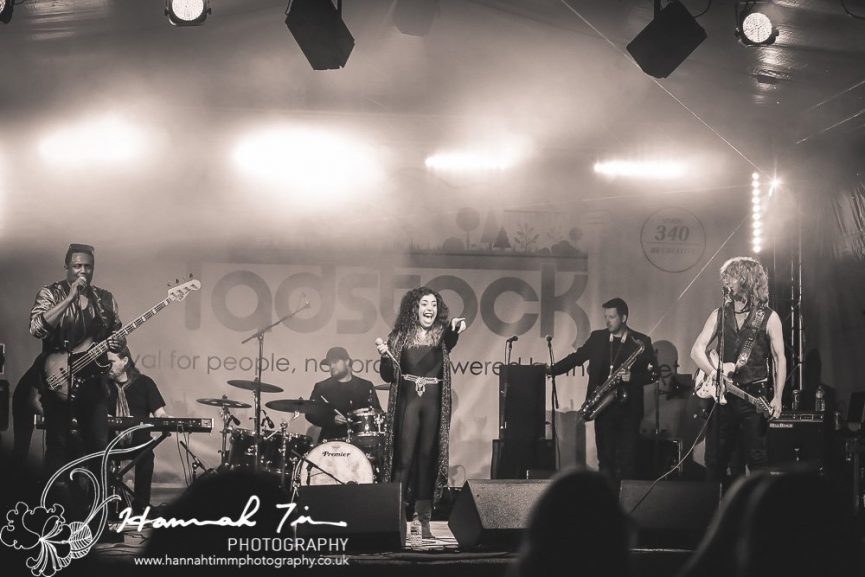 Tadstock Festival is upon us and there is still time to get your tickets to enjoy a family festival full of fun, entertainment and live music.

The festival was set up in 2005 by Tad Czapski in a bid to give back to the community and young people.

Tad said: “Tadstock developed out of a much smaller private event we held annually where friends and families and the musicians among them would get together once a year and chill out.

“After a few years, younger artists from Cheltenham-based charity CCP would join in with the musical performances. These are young people from different and sometimes difficult backgrounds that CCP supports in many ways; including giving them access to their music studio.

“There, they get a lot of training and mentoring and some will get their first live performance experience at Tadstock.”

Tad said: “The festival is like-minded people coming together to support youth music development. This support can be from the public coming along and supporting them, or the professional musicians who provide workshops and mentoring to them at the event, to the myriad of other people involved in making something on this scale happen.

The festival is aimed at families with or without kids. It is a chance to enjoy the beautiful and relaxing Cotswold setting for three nights and enjoy both the young artists and the super professional ones too – this year it also has the Brand New Heavies headlining Saturday evening.

Live music runs for 11 hours on Sat and Sun and there are DJs in a lovely wooded area tonight and tomorrow. Add to that lots of free kids entertainment, some great bars and food, and you’re in for a great weekend.

Who is Tad Czapski?

Tad was born and raised in Hester’s Way in Cheltenham and describes himself as being something of a rebel with little cause. He went on to Pates Grammar school and then to university to study engineering.

Then he had a small aerospace design consultancy in Cheltenham in the 1980’s. He later moved on to Formula 1 with Benneton dealing with vehicle control systems, then Ferrari as a race engineer with Michael Schumacher. Then he went to Renault F1 as a Vehicle Technology Director.

What makes this festival different?

Tad said: “There will be in the region of 50 different acts. It’s very family friendly; has a great social purpose; is run entirely on renewable energy; a beautiful location; and it’s affordable.”

The festival is being held at Kencot Hill Farm, Cotswolds, GL7 3QY

The festival can hold 2000 people and tickets can be bought from the website www.tadstock.org

Director of Tactic Music Tony Davis said: “Tactic Music are keen to support the Tadstock Festival this year. We see a unique opportunity for young musicians to be empowered through the medium of live performances to a friendly and supportive audience.

“Many of these musicians will be experiencing the joy of playing to a large audience for the first time and Tadstock provides a safe and exciting environment in which to perform.

“We are also hugely excited that our Music and A&R Director, Andrew Levy and his band The Brand New Heavies, will be performing on stage at Tadstock for the first time.

“Andrew has also generously donated his time during the day to run music workshops for the young musicians, which will provide a phenomenal opportunity for young musicians to have access to and learn from one of the UK’s most renowned bass guitar players.”